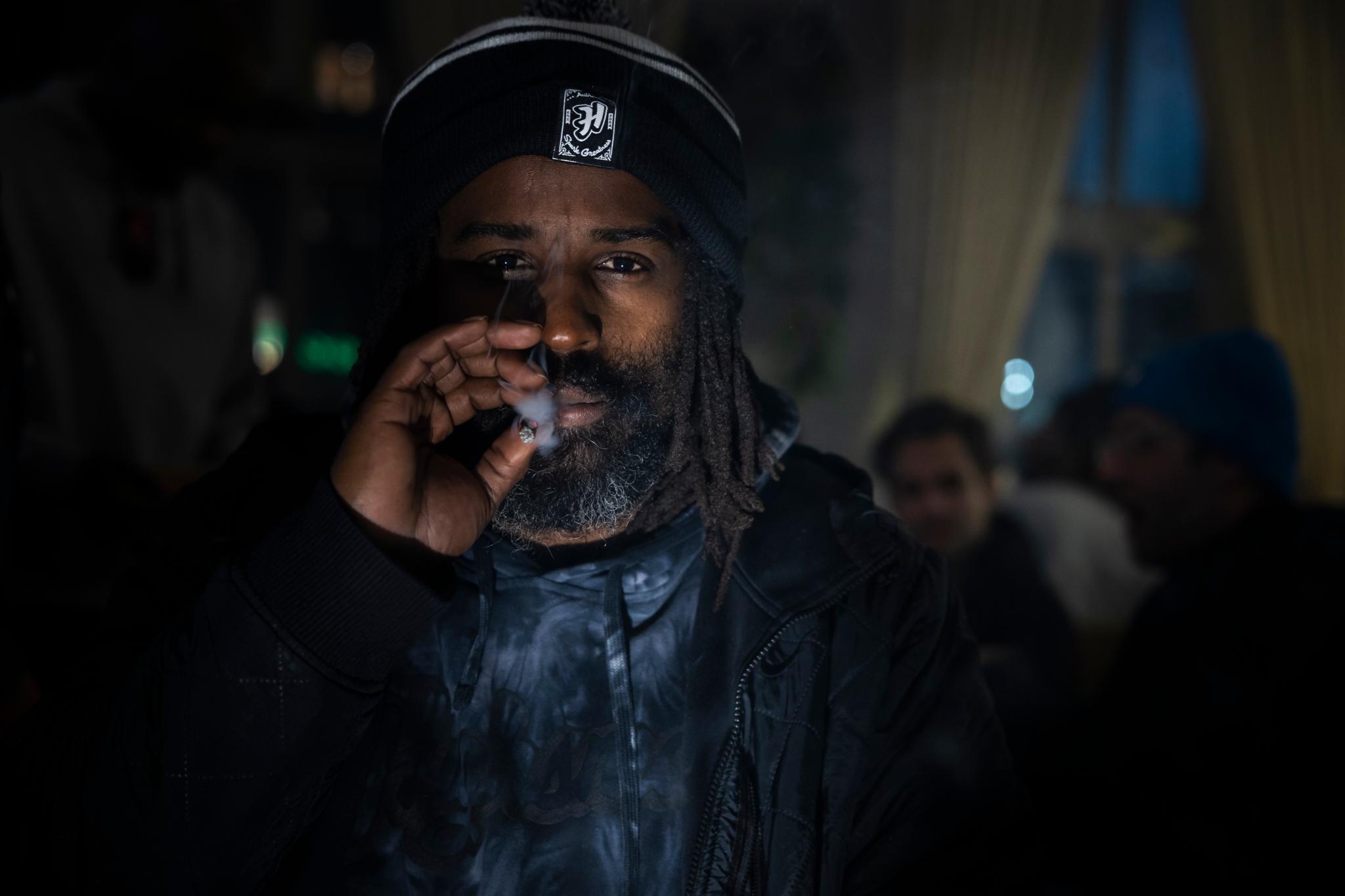 Two decades after Ricky Williams infamously retired from the NFL at 27 years old – with multiple failed marijuana tests and rumors of a third strike lingering – the former Dolphins superstar sat on a couch on the top floor of a low-rise building in Manhattan, puffing on a joint in a hazy room full of sports fans as “Monday Night Football” played in the background. 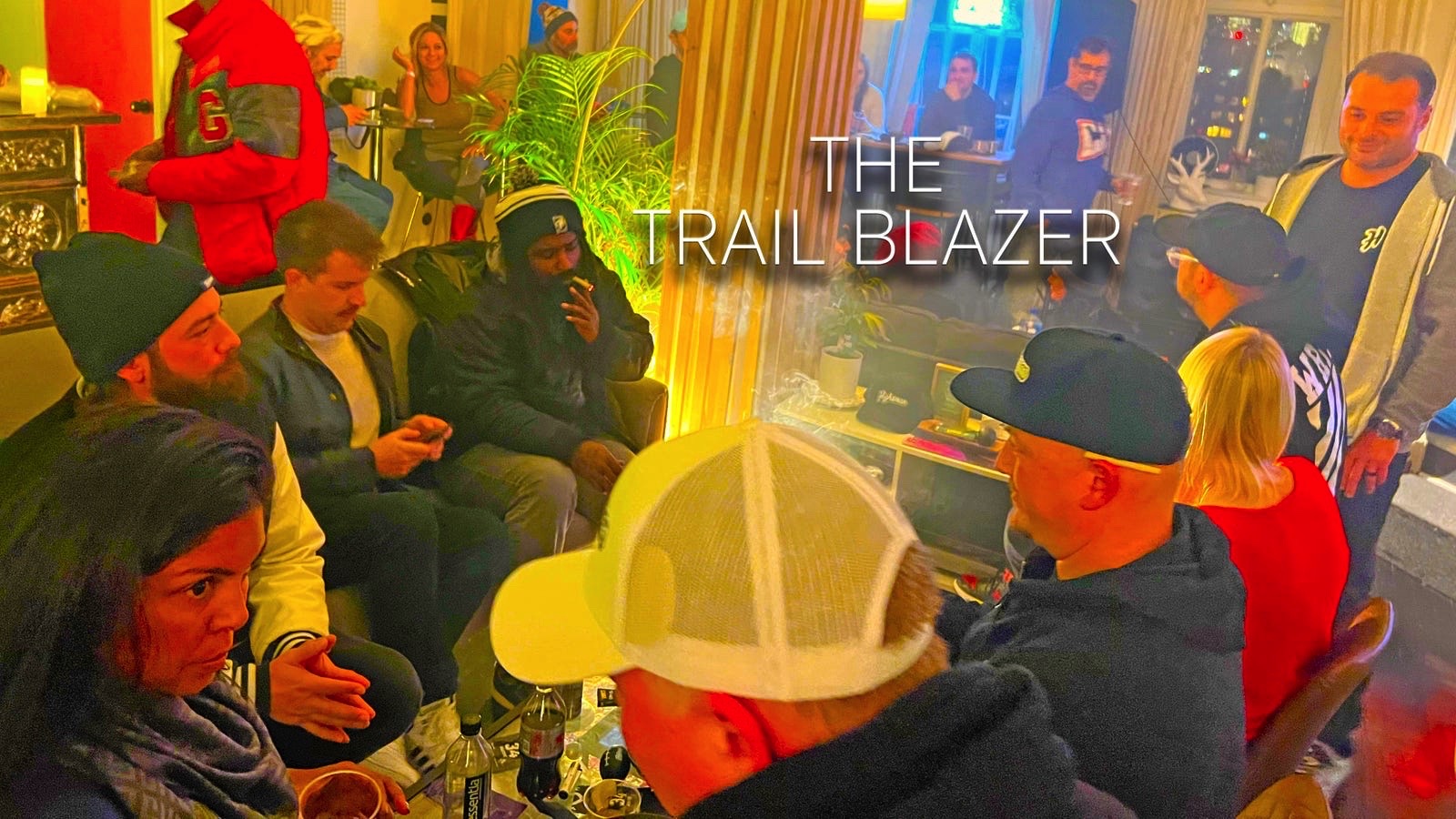 Ricky Williams was sitting on a couch in a smoke-filled room, blazing a joint to celebrate his cannabis lifestyle brand “Highsman” during one of the biggest sports weekends of the year. A pronunciation guide might note that Williams’ brand sounds exactly like Heisman, as in the college football trophy awarded over the weekend in New York City that the Texas running back won in 1998. Fast-forward a few decades and Highsman hats, T-Shirts, and product were on display with a graphic of Williams exhaling over the words “spark greatness.” 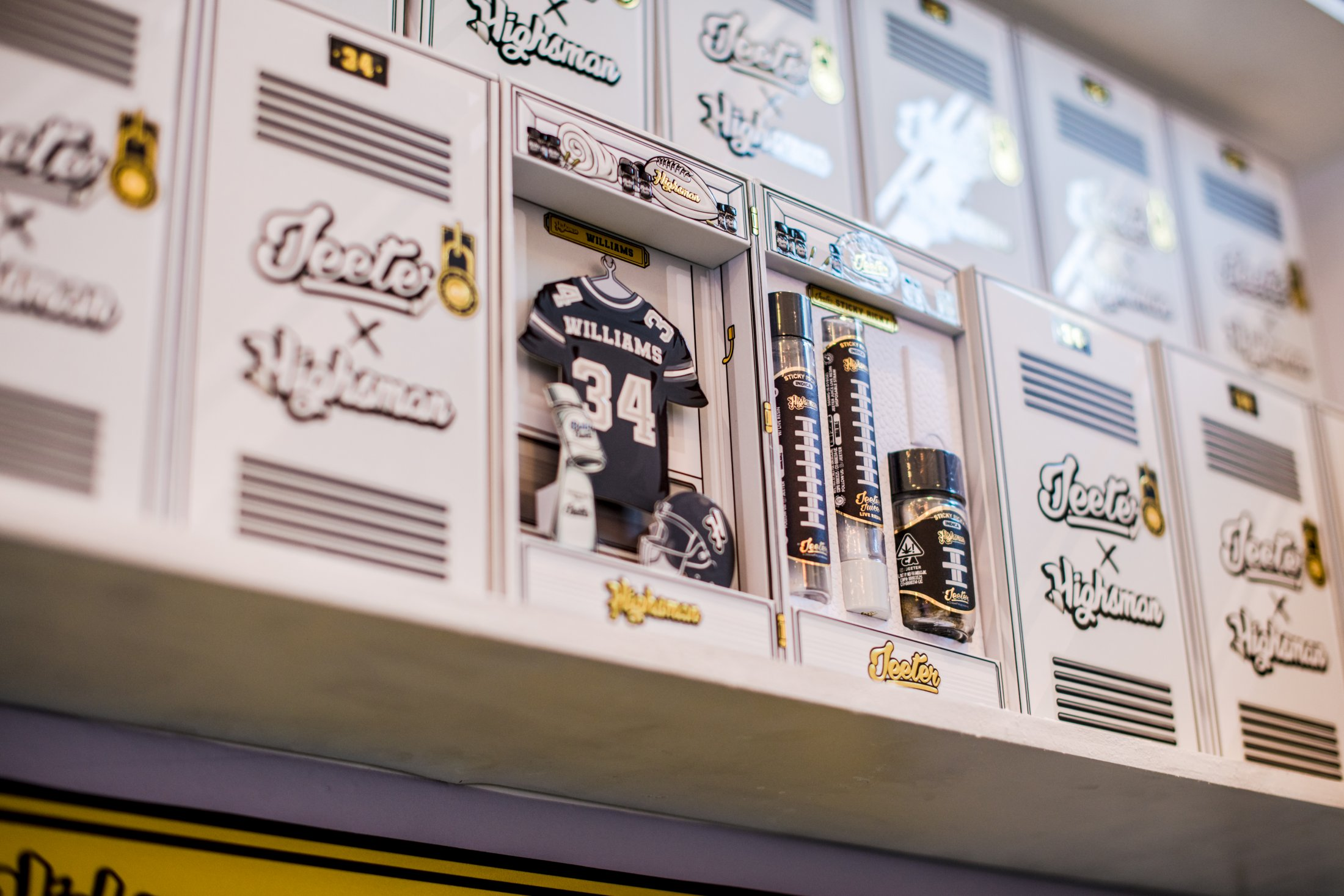 This Clio Cannabis 2022 Silver winning entry titled 'Exclusive Collab Box, Strain and Apparel Line with Ricky Williams for Charity' was entered for Jeeter, Highsman by Jeeter . This piece was submitted to the Partnerships & Collaborations medium. 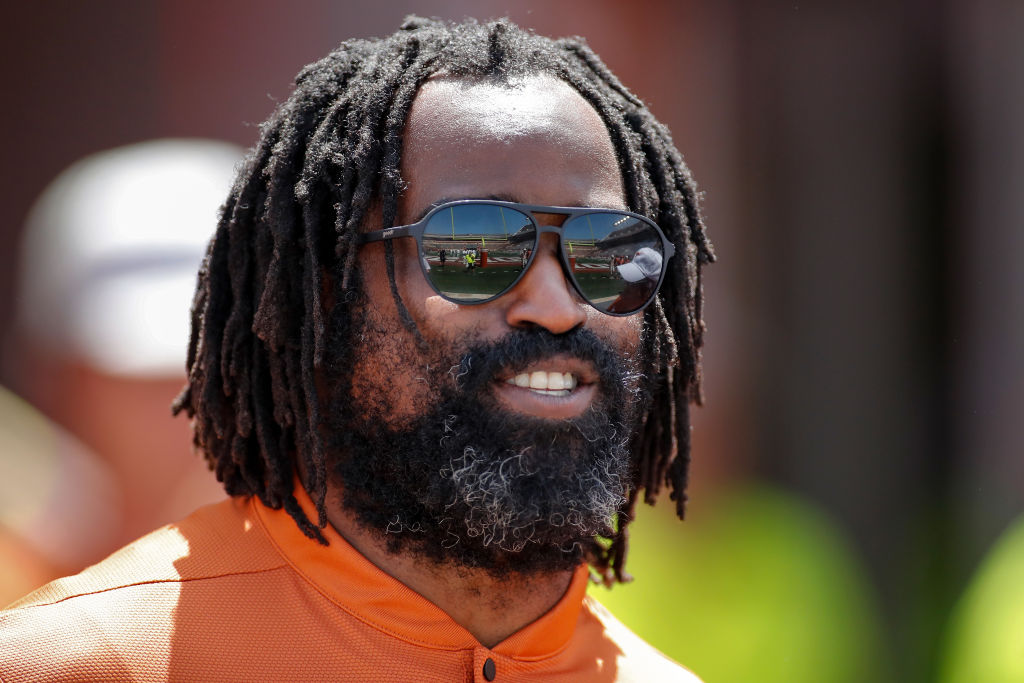 Ricky Williams won a Heisman Trophy at Texas and rushed for over 10,000 yards in 11 NFL seasons. The man was a problem on the football field, but that’s not what he’s known for, especially when it comes to the younger generation of football fans today. Williams is known as the weed guy, which is justified. He was suspended a full season for violating the NFL’s drug policy and then essentially went into hiding for quite a while after retiring from football. He’s also been open about his love for cannabis over the years and certainly doesn’t shy away from speaking about it. The 44-year-old joined ‘The Pat McAfee Show’ on Monday and went into detail about when and why he first started smoking weed. 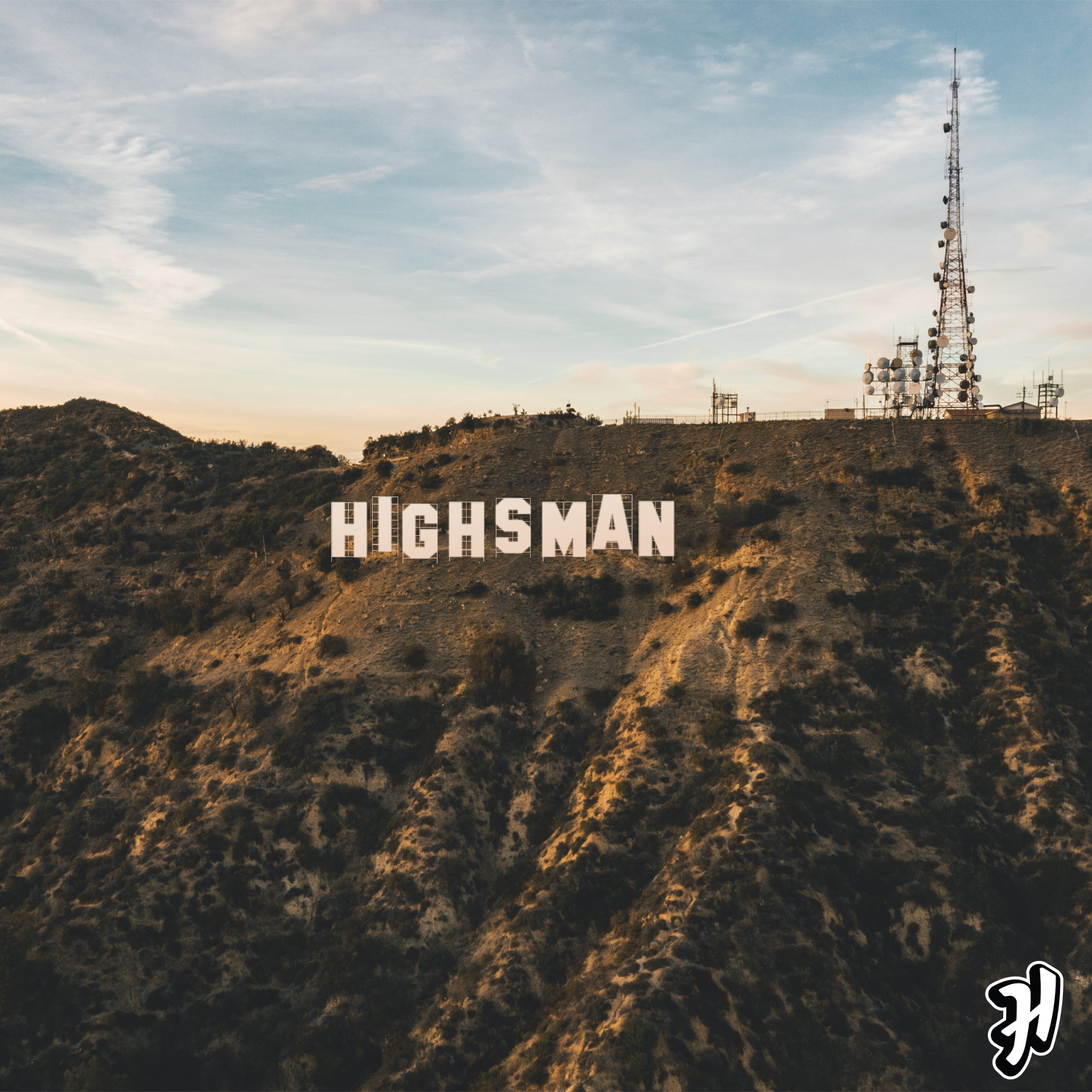 Ex-NFL player Ricky Williams launches Highsman, a brand that will focus on selling "premium cannabis" along with cannabis-related apparel and accessories. The initial focus will be in California, Oregon, and Nevada. "Highsman is an appreciation for greatness. There is a passionate and dedicated team behind the brand, and together we want to help all people inspire greatness,' Williams said in a statement. 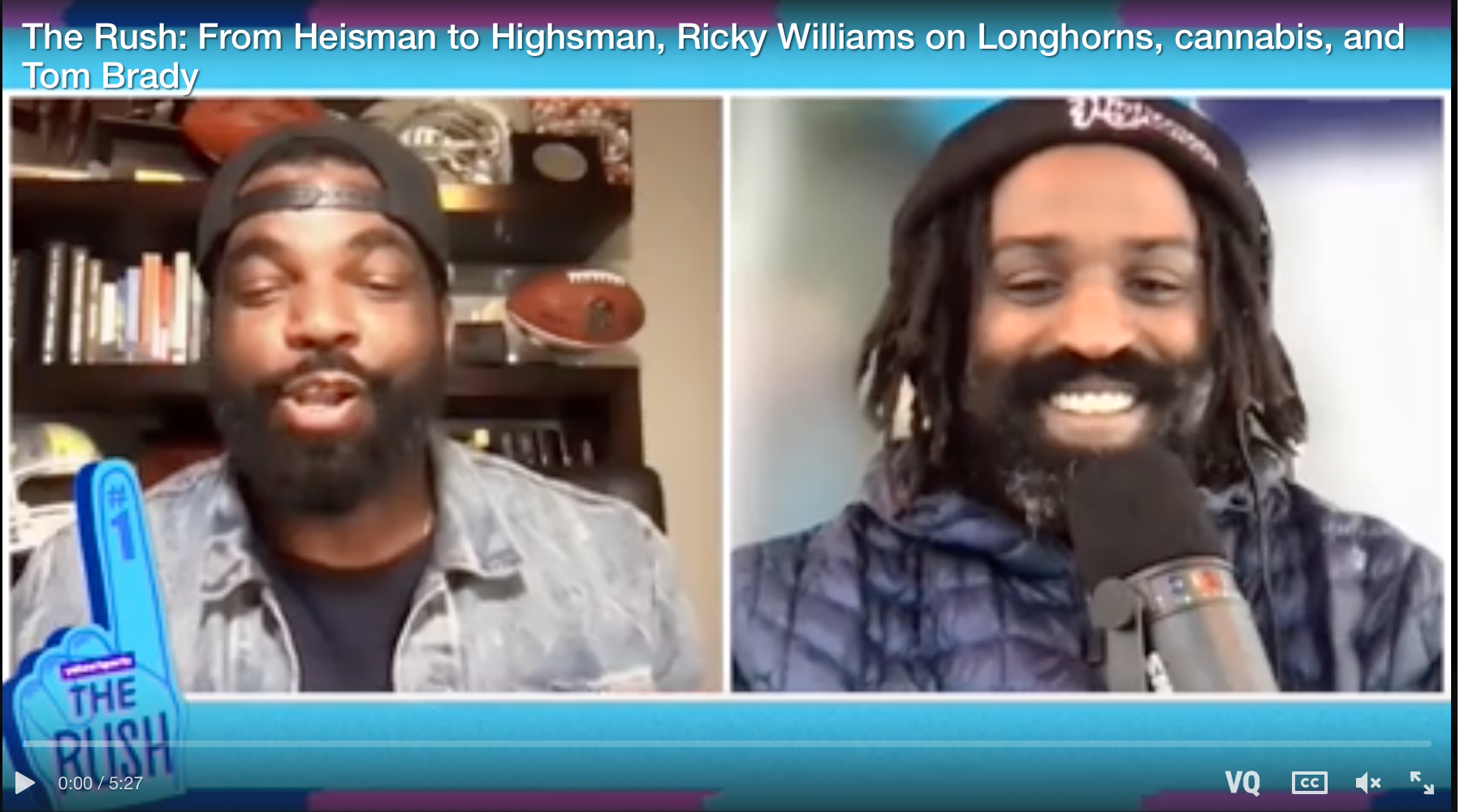 Former Heisman winner, all-pro NFL running back, and entrepreneur Ricky Williams joins the Rush to discuss: Bijan Robinson and the immediate future of Texas Longhorns football team, how different his life would’ve been if college athletes could profit off their NIL when he was a student, the impact of cannabis on his NFL career and when he knew Tom Brady was special.

Former National Football League (NFL) running back Ricky Williams on Monday launched his cannabis brand Highsman. In addition to the cannabis products, the brand will also include apparel and a functional accessories line, which will include rolling trays, cases, and water bottles. “It is time we change the way we talk about cannabis. Highsman is about an appreciation for greatness. There is a passionate and dedicated team behind the brand, and together we want to help all people inspire greatness in themselves.” — Williams in a press release The flower products are football-themed — the sativa strain is called “Pregame,” the hybrid strain is “Halftime,” and the indica strain is named “Postgame.” The strains will be released in eighths and pre-rolls. The brand name itself is a spinoff of the Heisman Trophy, which is awarded to the best all-around player in college football. Williams won the Heisman as a member of the Texas Longhorns in 1998. Williams was suspended five times during his NFL career for violating the league’s substance abuse policy, missing two full seasons. In March, the NFL announced it would end suspensions for positive cannabis tests and raised the threshold for a failed test from 30 nanograms of THC per milliliter of blood to 150 nanograms. Highsman CEO Eric Hammond noted that the brand has been “years in the making.” “Highsman is at the intersection of sports and cannabis and was created for fans and aficionados of both,” Hammond said in a statement. “Highsman launches at a tipping point where sports and cannabis collide, and we are excited to continue to break boundaries between the two.” Several other former NFL players have either launched cannabis brands or invested in the industry, including former running back Marshawn Lynch. Highsman will be available first in California, Nevada, and Oregon. William launched his first brand, Real Wellness, in 2018.

Former NFL running back Ricky Williams is launching his own cannabis lifestyle brand, Highsman – a play on words with the Heisman award he received in 1998, after years advocating for the legalization and normalization of cannabis use. The athlete-focused, purpose-driven brand features cannabis products, apparel and accessories curated by Williams himself. The initial cannabis lineup features three strains: a sativa, an indica and a hybrid. The company will also launch its own pre-rolls soon. “We are flipping the script on how people view cannabis,” Williams said in an exclusive interview. Throughout his professional football career, Williams faced two suspensions for marijuana. And, he assures, cannabis helped him deal with the stress and injuries that come with the job – while never hindering his success.